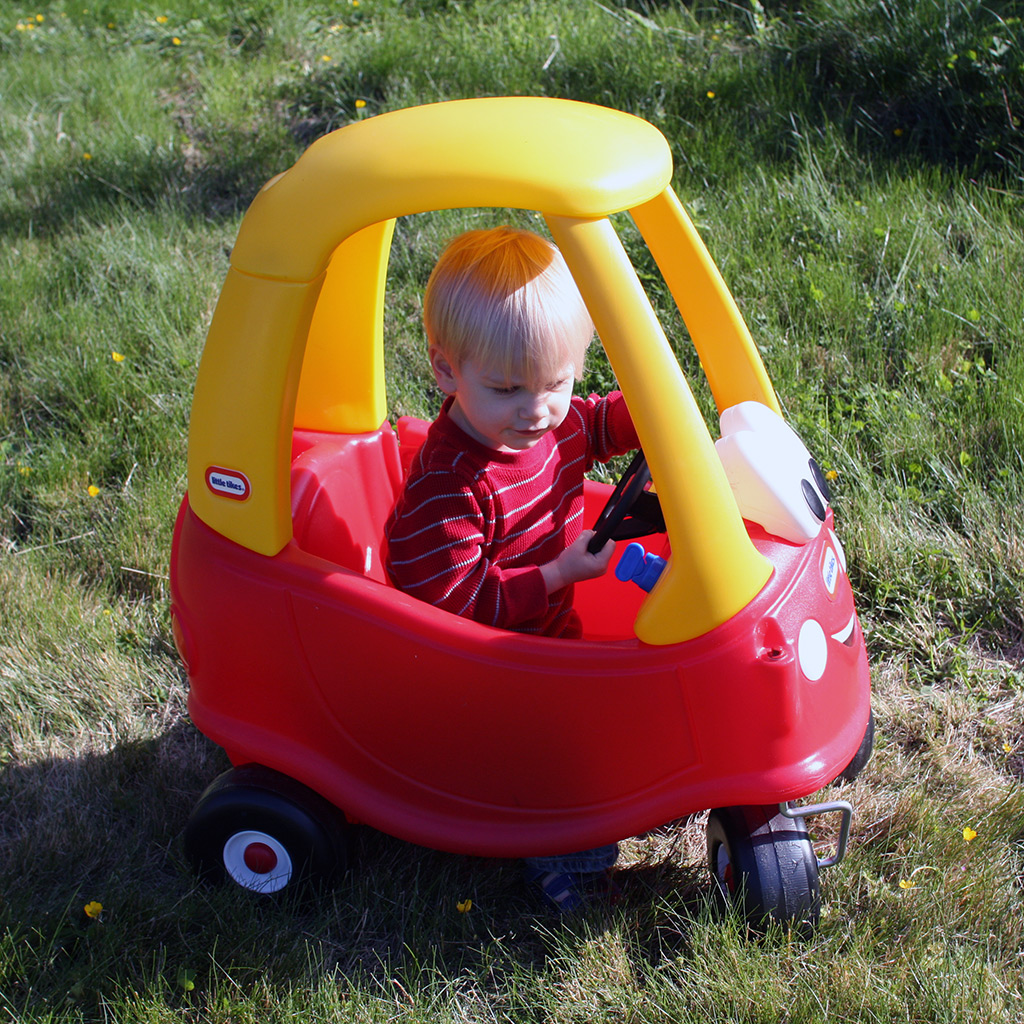 Diabetes Mellitus is a 500 year old term that describes the sweet-smelling urine of people whose bodies have stopped being able to regulate blood sugar properly.

We now know that it refers to a family of different (and largely unrelated) diseases that all have the same symptoms before doctors can determine what has caused them. People – even doctors – still have trouble understanding the differences between these diseases, so I tried to come up with a simple and (hopefully) humerous analogy by thinking of each disease as a problem with your car.

While it is possible to biologically have more than one of the conditions described below, the current medical classification system and icd10 coding for diabetes mellitus only allows for recognition that a patient has one kind of diabetes. The type of diabetes a person has is determined based on the “root cause” that triggered it, rather than the symptoms (similarly to how we differentiate between viral and bacterial pneumonia).

Your washer fluid (something designed to make your car easier/safer to drive) is leaking onto the gas tank and causing it to rust and leak. It might take weeks or months, but you eventually won't be able to put anymore gas into your car unless you find a way to bypass the tank and get fuel into the lines through some other means (maybe a small tank that sits next to you on the passenger seat, with a hand pump you can squeeze to get fuel into the engine).

For half of you, the mechanic thinks you're driving an SUV (even if you aren't), doesn't bother to look at your gas tank, and just tells you to start adding fuel efficiency additives.

Type 1 diabetes is an autoimmune disease, caused when the body's own immune system destroys the cells that produce insulin. It can come on quickly over days or weeks (usually in kids) or slow over months or even years (usually in adults). While the exact causes are unknown, it is suspected that the disease is “activated” in people with at-risk genes by some sort of environmental trigger event (e.g. illness, stress, pregnancy).

Despite once being called Juvenile Diabetes, more than half of all new cases of Type 1 are in adults. If misdiagnosis rates were to be corrected, that number would climb to 75%. This means that half of people with Type 1 remain misdiagnosed as Type 2.

Your gas tank is rusting and quickly starting to leak, but the mechanic hasn't been able to figure out why it's happening.

The term idiopathic diabetes has been used for decades to describe a condition that looks and acts like Type 1 (thus its classification as Type 1b), but the underlying cause cannot immediately be identified. There is a strong suspicion that we have not yet identified all of the kinds of autoantibodies associated with Type 1 (e.g. the fairly recent discovery of ZnT8 autoantibodies), but there may also be other causes. Diagnosis of Type 1b is strongly associated with people of African and Asian descent.

You're driving an SUV. There are additives that you can add to your fuel to get better fuel efficiency, but they're usually expensive and work best with premium fuel. If you don't use these, your fuel efficiency will continue to get worse.

Friends and strangers ridicule you for buying a gas-guzzling SUV, even though actually got it as a gift from your parents and can't afford a different car.

20% of you aren't actually driving an SUV, but your mechanic insists that you are, even if those fuel additives aren't working.

Type 2 diabetes is a metabolic disorder associated with a body's inability to use insulin efficiently. Up to 1/3 of Americans have or are at risk of developing this disease. No one knows what causes this disease, but genetics contribute significantly to your risk. It is not caused by eating too much sugar or being overweight, but these activities do significantly increase your risk. Increased insulin resistance (whether from Type 2, PCOS, or metabolic syndrome) has been known to cause weight gain. It can't be cured, but some people with Type 2 are able to effectly keep the disease in remission through medication, and careful control over diet and exercise.

Despite being the most common form of diabetes, it is also one of the least understood. The official classification for Type 2 basically says that it is the diabetes you have if you do not have any other kind of diabetes.

Approximately 20% of people currently diagnosed as Type 2 are misdiagnosed and actually have Type 1, Type 3c, or MODY.

You got rear-ended and your gas tank was damaged so it no longer holds fuel. You might not even have a gas tank anymore.

It's like Type 1, but you also have to deal with all of the other problems caused by the collision.

Almost all of you are told to just start putting efficiency additives and better fuel into your gas tank.

Type 3c diabetes is caused when the insulin-producing cells in the pancreas are damaged by another disease like pancreatitis or cystic fibrosis. It used to be considered secondary diabetes, but is so prevalent it now has its own classification.

It is estimated that over 97% of people with Type 3c are currently misdiagnosed as another kind of diabetes.

It's like Type 3c but instead of being rear-ended, it's likely that your mechanic accidentally poked a hole in your gas tank.

Secondary diabetes is caused by damage to the insulin-producing cells in the pancreas by some external factor not specifically described by another type. The most common form of secondary diabetes is drug-induced diabetes resulting from side effects to medications like chemotherapy.

You don't realize it but you're driving a Yugo, one of 11 specific kinds of car that just weren't built to run properly.

It's very expensive and time consuming to run a check on your VIN and see if your car is one of the problematic models.

Almost all of you are told to just start putting efficiency additives and better fuel into your gas tank.

There are 11 distinct forms of MODY, each caused by a single gene. Different forms share symptoms with both Type 1 and Type 2. The only way to identify MODY is by family history and expensive genetic testing.

This is thought to be very rare (less than 0.5% of all cases of diabetes), but recent research suggests that 3-5% of people currently diagnosed as Type 2 actually have some form of MODY.

Your parents just bought you a brand new car for your 16th birthday. It's the same model of car they've been driving for years. For some reason, yours doesn't work right and needs fuel efficiency additives, or possibly even fuel injected manually into the engine. There is a very slim (<1% chance) that the problems will go away over the next few years.

Neonatal diabetes is similar to MODY in that it is caused by a single gene, but is exclusively diagnosed in infants (usually under 6 months of age). It is almost always permanent but similar to some forms of MODY, can be effectively treated with certain oral medications.

Your mom bought you a new car. It likely has a hole in the gas tank, but might just need fuel additives for efficiency. The inside of the car is sound-proof.

This rare form of diabetes is also known as diabetes and deafness, and is caused by mutations in mitochondrial DNA (which you get from your mother). Its symptoms are similar to Type 1, but as the name suggests it is also accompanied by hearing loss.

You're preparing for a birthday party and have filled your minivan so full of supplies and toys that it no longer runs very well. Some kid probably sprayed silly string into the gas tank. Another one might have bumped the washer fluid tank and started a leak.

Things will probably be better after the celebration.

Gestational diabetes is a temporary form of diabetes that occurs in some pregnant women. While this usually goes away after the child is born, pregnancy is also one of the known trigger events in people at risk for Type 1, which can come on immediately after the pregnancy, or years later. Though it's rarely done, doctors should test for the autoantibodies that would differentiate “regular” gestational diabetes from autoimmune gestational daibetes that would eventually be diagnosed as Type 1.

The following terms are also used to describe diabetes mellitus, but for various reasons they are not officially recognized by the group of experts who have been put in charge of making those decisions.

Your car's GPS nagivation system keeps having you take wrong turns and getting lost. Some times it loses GPS signal and has no idea where you are. For some reason, this might somehow be related to your fuel efficiency.

Type 3 diabetes was proposed in 2005 to describe a form of Alzheimer's disease that is caused by insulin resistance within the brain. Though multiple studies have since confirmed this to be true, it has not yet been officially recognized as its own form of diabetes mellitus.

Despite the similarity in their names, Type 3 has nothing to do with Type 3c.

You have Type 1 but the leak in your gas tank develops slowly. Most of you are driving older cars.

LADA is an unofficial term proposed in 1993 that pre-dates the official classification that all autoimmune diabetes mellitus is Type 1 (1995). It is currently used to differentiate the rapid-onset form of the disease most often seen in young people from the slow-onset form most often seen in adults.

There are a number of recognized problems with the current criteria used to describe LADA, so doctors are currently working to define what is different between LADA and “regular” Type 1. It may some day become its own official type, but until then it's just “medical slang” because people feel the need to differentiate between those who get Type 1 in childhood or as an adult.

You're driving a gas-guzzling SUV while your washer fluid tank is also leaking and causing your gas tank to rust and leak.

This unofficial term is used by some people to describe simultaneously having autoimmune diabetes (Type 1) and severe insulin resistance (which might otherwise be diagnosed as Type 2, or is caused by a different disorder like polycystic ovary syndrome).

Roughly half of people with Type 1 are overweight and have mild to severe insulin resistance (about the same as the non-diabetic population).

Use of this term is discouraged in the medical community because it does not accurately describe the underlying medical conditions.

You have Type 1 but the leak in your gas tank develops slowly. Most of you are driving older cars.

You're driving a gas-guzzling SUV while your washer fluid tank is also leaking and causing your gas tank to rust and leak.

Type 1.5 was coined in 1985 to describe “a condition in which insulin sustains not life itself but the quality of life”. About 8 years later, researchers proposed the term LADA to essentially describe the same condition in considerably more detail.

Somehow over the years, the term has also started being used to describe a completely separate condition: Type 1 with severe insulin resistance.

Use of this term is discouraged in the medical community because its two unrelated definitions cause confusion and does not accurately describe either of these two unrelated but complex conditions.

And then there is the other kind of diabetes:

Your engine actually works fine. You're driving some other kind of vehicle entirely, with its own unrelated problems.

In other words, diabetes insipidus is a completely unrelated disease that only shares the word “diabetes” in its name because 500 years ago they were both diagnosed by looking at (and tasting) people's urine. Diabetes Mellitus tastes/smells sweet like honey, Diabetes Insipidus is weak and watery.