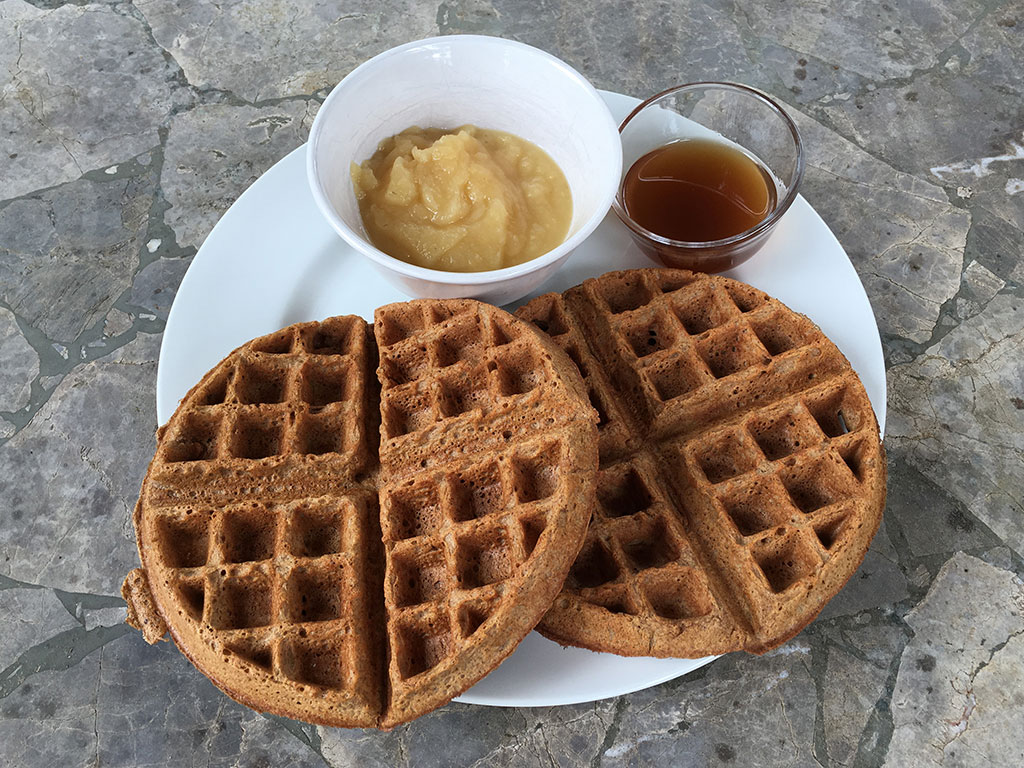 Living with Type 1 Diabetes means that I have to closely watch my carbohydrate intake, and it’s easier to do this by eating low-carb foods that make the math easier. Since I don’t want to give up on some of the finer things in life – like waffles – I spent some time formulating a decent substitute for carb-heavy grain-based waffles. This lets me have a fairly large breakfast of applesauce, yogurt, and definitely-not-maple (but passable) syrup and still keep things under 45g of carbs.

Keep in mind that this recipe is not gluten-free. Gluten-free flours that provide the proper texture are still high in carbs, so I’ve chosen to add gluten to the almond flour in this recipe in order to get the proper stretchy and crunchy texture.

This recipe is made to be scaled up (it only makes 1 waffle in my machine). Being so small, I would recommend at least doubling (if not tripling) just to get enough volume in the bowl to mix properly.

Stir together the dry ingredients until they’re evenly incorporated:

Let sit 3-4 minutes to allow the gluten and cinnamon to hydrate.

Cook according to waffle maker directions.

This recipe by Chris Petersen is licensed under a
Creative Commons Attribution-ShareAlike 4.0 International License.